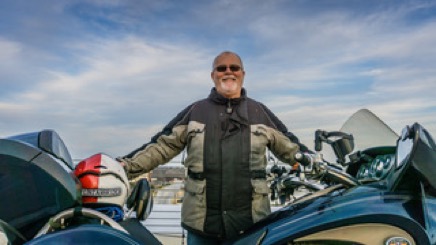 Rex Covington, creator and director of his lonestarrider.tv channel, is making his dream into a reality—literally. Last month, Rex dreamed he rode across the country on his Victory Vision motorcycle and raised more than $90,000 in a year for a cause that personally resonates with him. When he woke he thought to himself, “Great idea. I’m going to do it.”

We caught up with Rex at the Progressive International Motorcycle Show in Dallas this February, where he told us his story. In 2015, Rex’s son, Chris Covington, passed away at age 36 in a tragic accident. Living with Type 1 insulin-dependent diabetes since 2003, Chris blacked out while driving and passed away in a fiery crash. Rex spoke about how he felt he couldn’t have stopped the incident, but “I can help in trying to prevent this from happening to someone else.” It was then Rex began his philanthropic efforts. So far, he has raised some money for the American Diabetes Association (ADA), but nothing as major as his dream goal: $90,000 in just one year of riding. Rex invites you to follow along during the ride of his life. On May 23, he is having a launch party at the Ginger Man, where his son Chris worked, at 7:00pm. The Ginger Man is located at 1512 E Southlake Blvd in Southlake. Rex departs for his yearlong journey from Fort Worth, Texas the following day. The first stop will be Austin for the Republic of Texas Rally. On his route, he plans to visit rallies, festivals, conventions and dealerships where he hopes to inform others about his cause. Rex plans to post a map of his route to his blog site soon.

As he rides, Rex endeavors to raise awareness about Type 1 diabetes, as well as funds for the American Diabetes Association. Rex is currently searching for some assistance to reach his goal through donations and sponsors. For more information about Rex and his fundraising plan visit his blog site lonestarrider.wordpress.com. There you can follow along his ride and also find a link to become a sponsor or donate to his ADA website, RidingForACure.com.

Join Pig Trail Harley-Davidson for the Rally Off Exit 86 2021 kicking off Saturday, September 18th and running during the Bikes Blues & BBQ rally through Sunday, September 26th, 2021.
Find out more »

Bikes, Blues and BBQ is the world’s largest charity motorcycle rally that benefits women, children, and the under-served members of the Northwest Arkansas community. Over the course of our 20 years, they have raised over $3 million to local charities. Located in the foothills of the Ozarks Mountains, Northwest Arkansas is full of scenic, well maintained roads. Whether you want to visit one of the many local state parks, see the elk in Jasper, ride…
Find out more »

The 4th Annual Hideout Rally in Arksansas will be in a new location, Mulberry Mountain Lodge, from September 23-26, 2021.
Find out more »

Head to Victoria for a one-of-a-kind event this September 24-25 as the Motorcycle Cannonball Endurance Run passes through!
Find out more »

The Rendezvous is an old-school, no frills motorcycle campout and meet up. Enjoy the open road, hang back and hang out, great eats at our cast iron cookout. We fire it up Texas Hill Country style from making our own coals to cooking and bbq-ing. After a long days ride, the best way to cap it off is great eats, cold beer, and hanging with new/old friends. Live music is unplugged, and they let the…
Find out more » 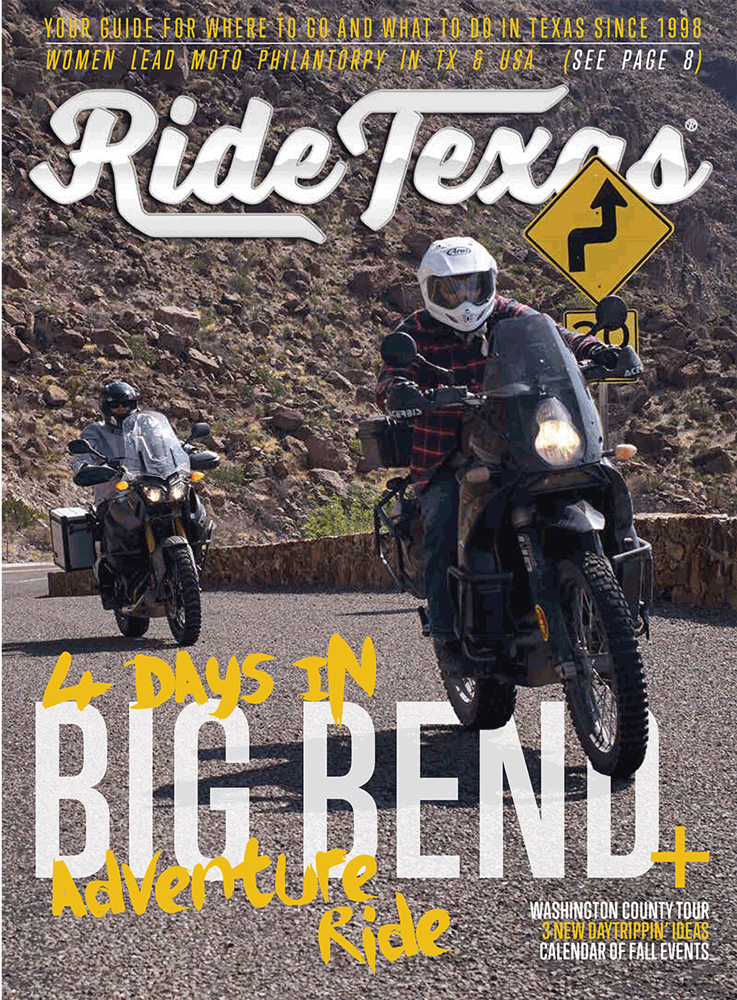