Before the interstate highway system bypassed the main streets of small town America, there was a thriving tourist trade among businesses offering roadtripping travelers places to buy gas and eat a hot meal.  In order to attract travelers these businesses often used unusual architecture and sights to get people to stop, linger and buy.

Built in 1927, the Texas Tourist Camp in Decatur, Texas offered gas, food and lodging to travelers along US Highway 81/287. According to Mainstreet Decatur Texas “Local Businessman C.F. Boydston purchased this site, a former feed lot in 1927. Recognizing a potential business opportunity offering services to the traveling public, he built a wooden shed and gas station in 1927. Travelers were allowed to build campfires during overnight stays and by 1931 Boydston added three wooden cabins with garages to the camp complex. The buildings were later faced with rock and more cabins were added in 1935. The original wooden gas station was covered with petrified wood in 1935 when the highway was widened and remained in operation by the Boydston family until 1988.”

It’s claimed that the cafe, now called The Whistle Stop, is still in operation.

The Texas Tourist Camp is listed in the National Register of Historic Places.

If you like exploring the back roads and byways of Texas, we hope you’ll consider subscribing to RIDE TEXAS®, an independent quarterly travel journal for the roads and small towns of Texas.

Registration for this Best in Texas winner event opens on New Years Day!   The Motorcycle Grand Tour of Texas is a self-guided motorcycle tour that has stops throughout the state of Texas. Of course, the great back roads of the Hill Country are among them. The tour is open to all brands of motorcycles (two-wheeled and three-wheeled), as long as the vehicle does not have a steering wheel and/or is not designed for an…
Find out more »

Join the Christian Motorcyclists Association for Bike Nights on the second Monday of each month, 6:30 – 8:30 p.m.
Find out more »

Get ready to experience the performance, handling and great features of The Pan America 1250. Valid motorcycle endorsement required. Lasts 20-30 minutes. Limited to one time slot per person, per location.
Find out more »

Stilettos on Steel Meet Up in Bandera

Stilettos on Steel Texas will be meeting ladies coming from Missouri and possibly Iowa.
Find out more » 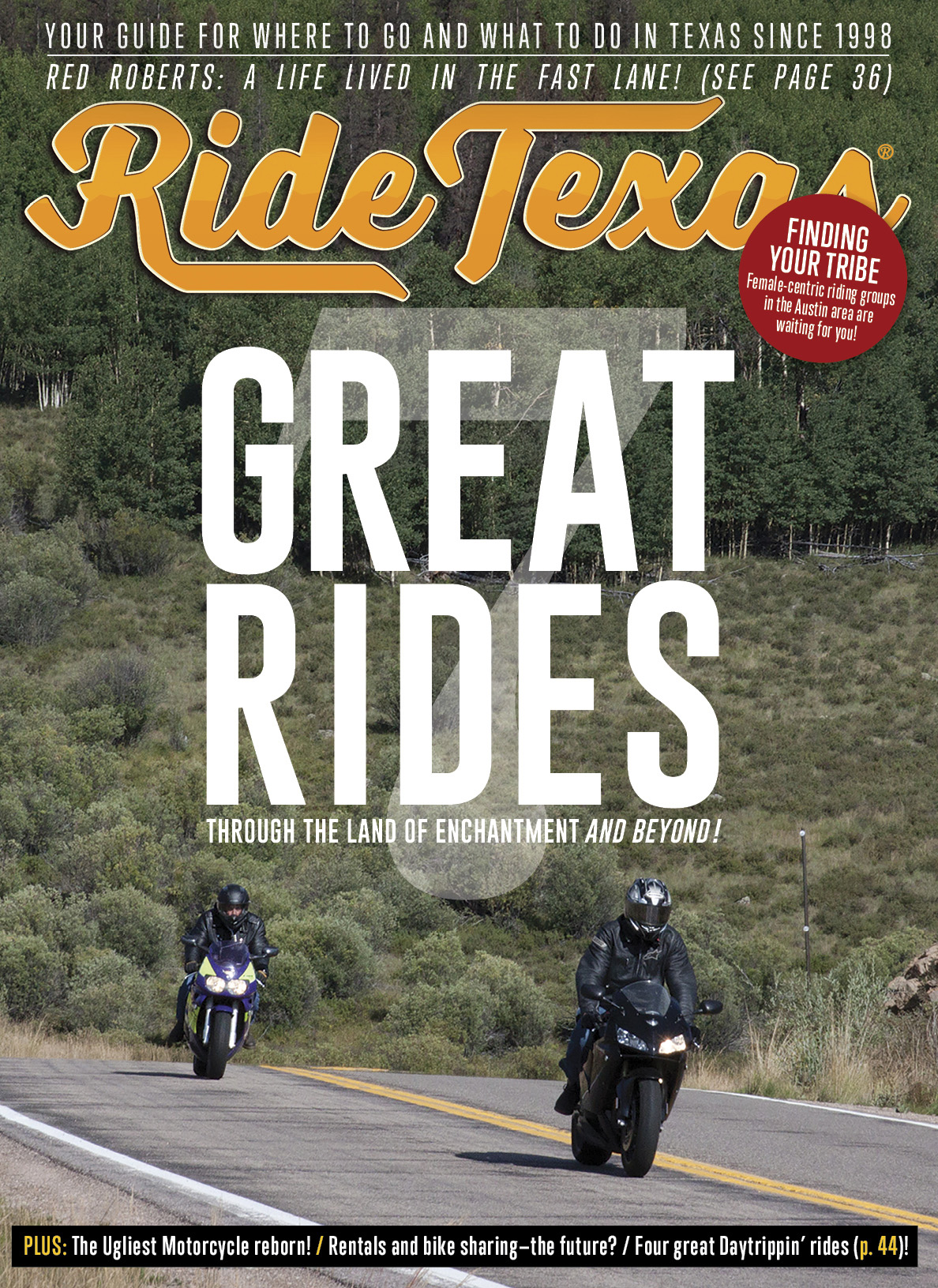